Guru Nanak Sikh Primary Academy is a two-form entry school with a Nursery.

The vast majority of pupils are from an Indian heritage, almost all speaking Panjabi at home. Sant Baba Amar Singh Ji is our Founder and Spritual Leader. 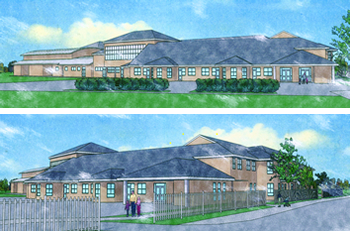 Those who serve others have my blessings and will go on to live a life of contentment.

History of Our School

Guru Nanak Sikh College was founded by Sant Baba Amar Singh Ji and officially opened in January 1993. Baba Ji had already opened up a number of institutions in India with the aim of helping the poor and the underprivileged. Requests for a school in the UK came from parents concerned about drugs, indiscipline, and moral standards. Guru Nanak Sikh College opened as an independent school. The College steadily gained a reputation as a centre of educational excellence with students who were well motivated, disciplined and responsible.

The Primary School finally moved into its new building in 2006. Since then, it has grown each year by one form to become a full two form entry school from Reception through to Year 6 and also offering pre-school Nursery facilities. This new building with its very modern facilities provides each class with its own shared area, a colourful and spacious school library and a specialised ICT provision. These facilities and excellent teaching and leadership resulted in the school and its pupils being judged ‘Good’ by Ofsted in 2007.

As an ‘Outstanding’ Ofsted school, in June 2010 the Secondary school made an application to the government to fast track to Academy status. The Secondary School’s status as an Academy was confirmed in November 2010. Subsequently, following being judged as an ‘Outstanding’ Ofsted school in 2012, Guru Nanak Sikh Primary School in September 2012 was incorporated into the Academy and this began the process of admitting pupils/students across the full 5 – 18 age range. 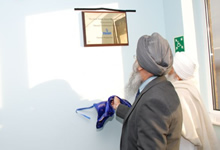